Away from the city that shuts down at 11pm, away from all the hustle and bustle of the chaotic urban life and most importantly away from annoying smoky traffic to the outskirts, keeping awake for 12 hours of soul-stirring music is quite an experience! This was my 1st visit and 9th edition for Fireflies.

The last I was awake all night, till dawn was in my 1st project in my current company.

Well, I am talking about the Fireflies Festival of Sacred Music that is held annually at Fireflies Ashram, off Kanakpura Road, at Dinnepalya. The festival starts at 7 pm and continues unabated until the sun rises. The stage is set under the hood of a huge banyan tree, in an open amphitheatre, adjacent to a lake where thousands of music lovers irrespective of their region or religion, throng in to celebrate the spirit of music and discover the oneness between them and mother earth. The theme for this years’ festival is Indian Food Sovereignty.

Each band were unique in their own way. And the sole credit goes to the organisers of the festival who have made this increasingly popular for choosing from a gamut of music genres ranging from Western fusion to Classical fusion. The most popular genres played at the festival are mostly Folk Rock, Soul Fusion, Carnatic, nuances of Sufi, Qawali, Kannada folk, Reggae and Rap, Percussion, Jazz, Blues, Soul stirring Veena, Indian violin and drums all performed by maestros.

This year’s line up where the following:

Although I felt few bands were replaced by few others (who couldn’t possibly make it) but not even a single band was below expectation or unentertaining. Here’s what I could possibly capture from my lens and the bands that I was really fond of. Since I was at the edge of the amphitheater, for by 7:30pm the seats were occupied with people resting over mats, so the subjects are quite distant.

This band was the best enthralling band that simply got the crowd standing to them and shouting “Once More” twice. So they performed twice after their scheduled end of show.

This was my 2nd best and the crowd’s most awaited band.

Simply amused with the energy of these guys. And yes the guitar strings.

One of crowd’s yesteryear’s favorite.

Thermal and a Quarter (Indie Rock)

Entralled the crowd with their “Hey Jude” note. 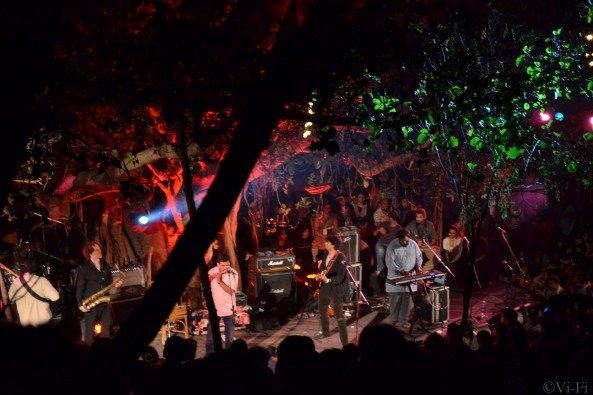 Had a tinge of humor when uttered his words on ‘Sharab’ 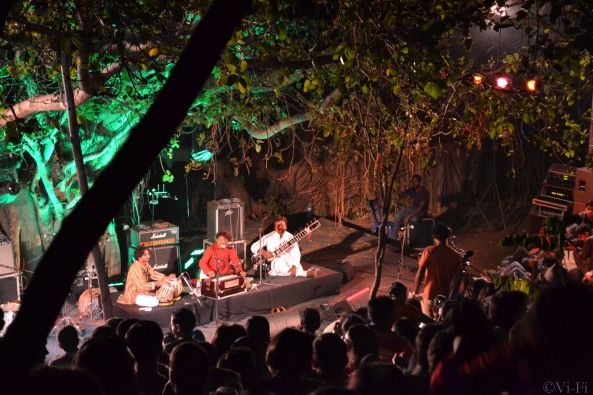 These guys simply got into the crowd beating their drums and made everyone dance like they do at Indian Weddings. 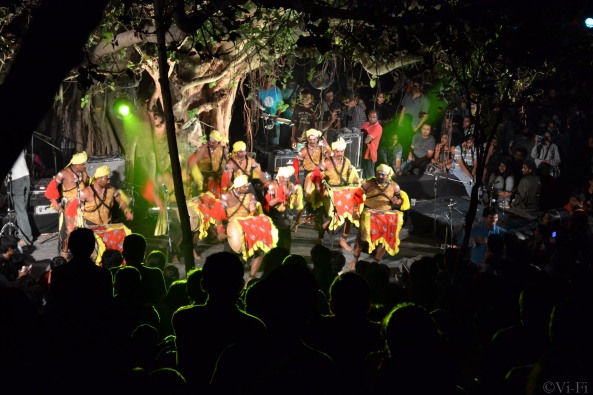 Yodhakaa (Blend of contemporary and traditional)

The mix of Sanskrit slokas with contemporary music was noticeable.

One more band I actually missed taking a snap that the female community almost got grooving was Something Relevant (Indie/Jazz).

Last but not the least, the amazingly passionate music lovers of which I was a part too. With over 5k people it felt as if the whole city’s night-clubs, discos and pubs are empty. 🙂

Had I not been in Bangalore, and if this wasn’t just what it is every year, I would just think my life has been deprived of music, of the many forms of music  that actually exists in India along with the talent that carry it so well.

Bangalore, for me is the Mecca of Music. I am loving it.

Back in those days…

And I tweeted this…

©Biswajeet Rana and ~~Biswajeet's Blog~~, 2013. Unauthorized use and/or duplication of this material without express and written permission from this blog’s author and/or owner is strictly prohibited. Excerpts and links may be used, provided that full and clear credit is given to Biswajeet Rana and Biswajeet's Blog with appropriate and specific direction to the original content.